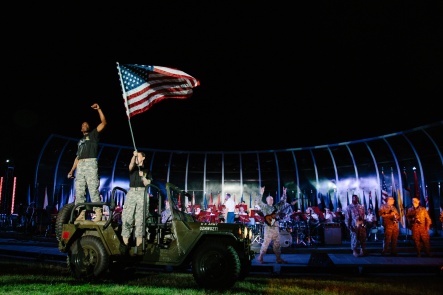 It started simple: perform at the opening ceremonies for the New York International Auto Show, and quickly exceeded our expectations—not only are we performing the opening, but we’ll be hosting our own booth for the entire week! We’ve been busy preparing for this promising event, and we have lots in store.

The New York International Auto Show is the largest of its kind in North America with over a million people in live attendance each year, and is also one of the most comprehensively covered media events in the world, boasting 2.6 billion total media impressions for last year’s show. Of course we would want to be a part of one of the world’s greatest public shows, but what does an auto show have to do with military and community service? As it turns out, a lot.

The opening ceremonies will take place on Saturday, April 4 at 8:30 a.m. at the Javits Center in New York City. As a part of this ceremony, Toyota will donate a RAV4 as part of its Wounded Warriors program to Staff Sergeant Alfredo de los Santos, an Army veteran and Purple Heart recipient who survived an RPG attack on his humvee in Iraq two years ago. To officially open the show, the West Point Band, along with New York Governor Andrew Cuomo, will lead a parade of vehicles, including the RAV4, through the Crystal Palace. Our own Staff Sergeant Jeremy Gaynor, who recently appeared on NBC’s The Voice, will be featured singing the National Anthem, and will then be available in our exhibit area to meet the public.

Master Sergeants MaryKay Messenger and Brian Broelmann will also perform at the opening and awards ceremonies for the National Automotive Technology Competition, a high school age competition with teams from 31 countries that culminates at the NYIAS.

We have lots to offer during the week as well. Our booth, located at northern concourse 2 near the main entrance, will be open throughout the duration of the show. If you’re around you will definitely want to check out Tune Up @ 2, a series of performances right at our booth each day at 2:00 p.m., featuring everything from bluegrass to rock, brass and string groups, and more. 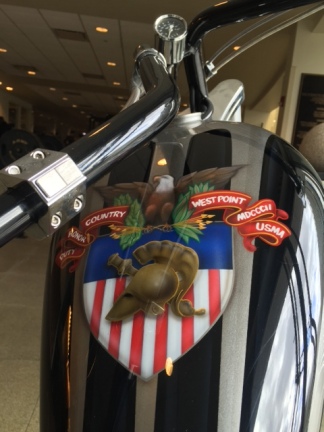 And since this is an auto show after all, the USMA Class of 1955 Orange County Chopper will be on display in our area for the entire ten days, with Paul Senior himself stopping by on Saturday the 11th for an interview.

The New York International Auto Show has everything the auto industry has to offer, and then some. We look forward to seeing you there! 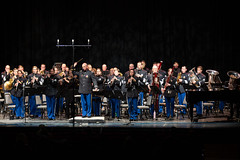